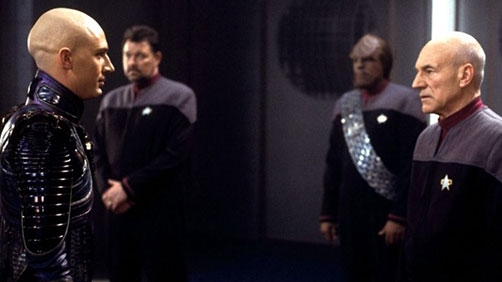 Playing Bane in The Dark Knight Rises might have made Tom Hardy a household name, but it wasn’t his first major genre sequel. The actor – who really hit the radar of film fans starring in Nicolas Winding-Refn’s Bronson – previously appeared in Star Trek: Nemesis as Shinzon, a villainous clone of Captain Jean-Luc Picard, and a video of the actor’s screen test has surfaced online.

Given Tom Hardy’s big role in The Dark Knight Rises, it’s fun to roll back ten years and see this budding actor in the Star Trek: Nemesis screen test. A lot of folks didn’t like Nemesis (I thought it could have been better, but I liked it well enough personally), but I don’t think anyone has a problem with Hardy’s performance even back then. Here’s the video.