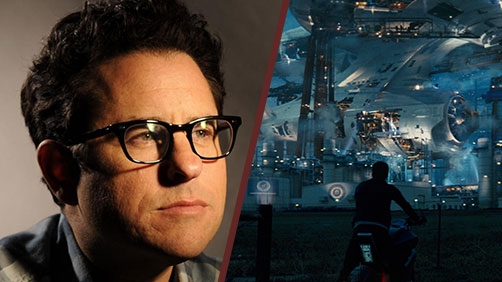 “It is preposterous and embarrassing that movies cost what they do.”

“I am as interested in and obsessed with what can be done in the feature world for a price as anyone at any studio,” said Abrams, who’s looking to expand Bad Robot’s slate in the coming years. “I feel like it is incumbent upon filmmakers today to treat it like their own money.”

I first became interested in this subject when reading (wait for it, this is really geeky, but since we’re already talking about Star Trek anyway…), “I Am Spock.” In it, Mr. Nimoy talks about the troubles that plagued the big budgeted but ill fated, “Star Trek: The Motion Picture,” which was the first of the Trek films. While not big budgeted in the terms we think of today, for it’s time, and for what it was the budget was huge and ever expanding, finally landing at $46 million. And for all that budget, the film was nothing more than a really weak story, and a lot of glorious, and well technically executed, but ultimately yawn inducing effects.

Compare and contrast to the second Star Trek film, “Star Trek II: The Wrath of Khan.” The budget for this film as a tight fisted $11.2 million. This film was creative, chalk full of great story and great action, and recaptured the attention of the Star Trek audience. It was a far better film for far less money.

I say all this as a way of saying, I think Abrams may be on to something.