Apple and Cable sitting in a Tree… 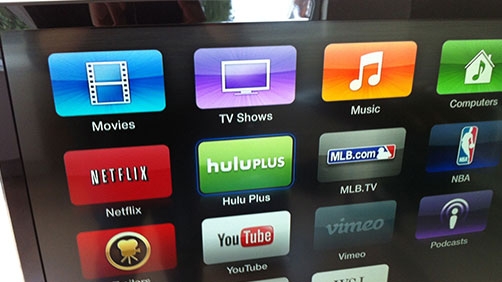 If you’re even a little bit of a tech geek (or sharing living space with someone who is), odds are the space around your TV is cluttered with devices. You’ve got your cable box, your Blu-ray player, your XBox, your Apple TV, and what have you. But if Apple has its way, you may be able to ditch one of those boxes soon.

The electronics giant is reportedly in talks with U.S. cable providers about the possibility of letting consumers use an Apple product as a set-top box for watching live TV. Negotiations aren’t that far along at this point, so don’t expect to see a live TV app pop up on your Apple TV tomorrow. But Apple’s been eyeing the living room for some time now, and seems determined to reach customers there one way or another.

I’m personally not holding out a lot of hope that this would go anywhere. Apple had great success in revolutionizing the music industry. It really has been fantastic for consumers, and I would argue for the business side of the music industry as well. But I’m afraid that the media giants on the film and TV side of things are much more short-sited, saw what happened, interpreted it as the music companies loosing their iron grip and control on things, and are eager to prevent that from happening to them. They want to cling to their business model at all costs. Time will tell, and if Apple is able to negotiate something I would be thrilled and interested to see what it might look like. But if it requires an $80.00 per month cable subscription, count me out. I’m happy with my digital life pretty much as it is and am not willing to go there. If for a reasonable price I can have access to favorite shows new and old on demand, then I might be interested.

Time will tell and I hope Apple can lift the veil of the media dark ages a little bit.