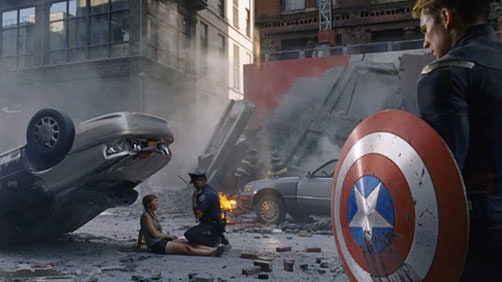 In this version, The Avengers would have opened with a high, slow, Nolan-esque cruise over a battered Manhattan in the wake of the film’s climactic battle. The bulk of the sequence sets up a flashback structure as it features Cobie Smulders as SHIELD Agent Maria Hill, speaking during a post-battle debriefing. “Who would bring those people together and not expect what happened,” she wonders, bitterly.

And while this sequence isn’t bad, it really doesn’t fit with the movie Marvel and Whedon ultimately signed off on.

Agreed. This scene belonged on the cutting room floor. Still, interesting to see the possible direction.