‘Avengers’ Back In Theaters 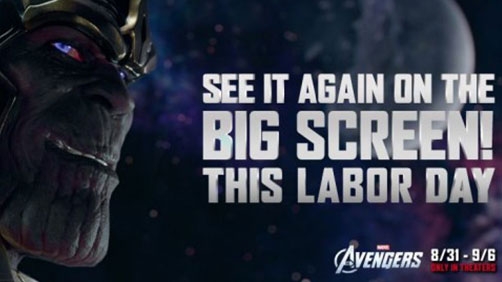 So with a weak set of films opening wide this weekend, Disney has decided to re-release Joss Whedon‘s superhero epic for one week only, August 31 through September 6. The goal? Fill the weekend’s distinct lack of wide releases skewed to young men, and maybe make a run at James Cameron’s number two box-office record.