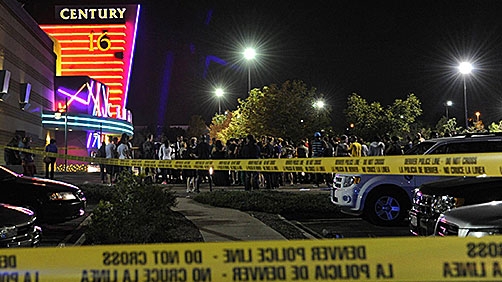 “Columbine, Virginia Tech, Aurora – and even this weekend the shootings at the Sikh Temple in Milwaukee in which seven people were killed – the list of gun massacres in the USA grows ever longer. America is mainly split on the issue of gun controls – this film concentrates on what young people there think should happen now,” said Executive Producer Steve Anderson in a release on the BBC website.

Of course the focus is going to subtly shift to gun control. Not to get too political on Moviebyte, but I’m going to let my conservative side come out for a minute here. Let us imagine for a moment that stricter gun laws were in place and that our second amendment rights were completely stripped from us and we could not legally obtain guns in any way. Are we really saying that criminals wouldn’t find a way to get guns, or failing that, some way to be a criminal? What does the word criminal mean? Would it not be better to arm the “good guys” since there’s no good way to disarm all the bad guys?

Okay, back to your regularly scheduled programing.