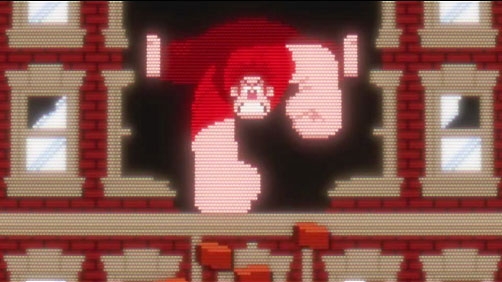 Wreck-It Ralph is the title of the movie and also the main character (Reilly) who for 30 years has been a bad guy inside of an 8-bit video game, Fix It Felix Jr. One day he decides he doesn’t want to be the bad guy anymore and escapes his game into other ones in the arcade, trying to prove he can be a hero. Along the way, he’ll encounter multiple different games, characters and more, which are detailed below.

And if you missed the trailer, check it out: