A New Super-spy Goes Rogue in ‘The Bourne Legacy’ — Review 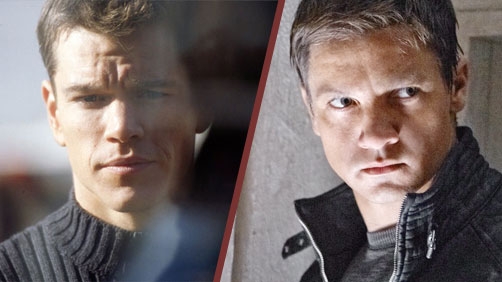 The Bourne Legacy will come and go without a lot of fanfare, but it’s worth noting there is something almost historic about this additition to the Bourne film series. It may very well be the first time a franchise continues on without its lead character, yet somehow it works the way Bourne Legacy is told. Perhaps it’s because everything else about Bourne Legacy will be relatable for audiences familiar with the Bourne conventions. It’s a serious kind of action thriller that simply works for large audiences.

But a lot of moviegoers are detracted by The Bourne Legacy. It looks like the studios just want to milk the franchise for a little more dough. Well, can you blame them? Bourne’s other films were lucrative and all-in-all a non-stop smashing success in the box offices. Much like the Bond movie frandchise, Bourne may get new sequels as long as audiences are willing to pay. Can’t you see it now? The trailer for Part 32: The Bourne Infinity. With no end in sight for government cover-ups and corruption, it may be what the filmmakers have in mind.

I’m not saying I would necessarily like to see this happen. Since we’re caught in the present and really don’t know where Bourne may go from here, let’s stop and take an honest evaluation of The Bourne Legacy.

Why a Bourne film without Bourne?

When you think about Bourne films what naturally comes to mind? Matt Damon, of course. He fills the shoes of Jason Bourne incredibly well while he wields guns around with such finesse and back-breaking control. Then there are the wild car chases in crowded cities, the smart yet vulnerable women, and rhythmic soundtracks.

Matt was cool, but let’s be honest; we knew Jason’s story was well-served by the end. Matt knew it too and didn’t want anything to do with Bourne after Ultimatum unless a worthy screenplay came along. There isn’t any more ideas for Bourne’s character progression, so why should Jason’s story continue in this movie franchise?

So if you’re looking to rationalize a Bourne film without Bourne, here’s the reasoning: Legacy is a legitimate spin-off that maintains spirit with the franchise without the emotional drama that came with Jason Bourne trying to figure things out with his missing identity and deceased girlfriend. Here we have a clear-headed super-spy without the existential dilemmas. It’s a welcome offering of variety for variety’s sake in the continuing story.

Yet, Legacy doesn’t replace anything that already occurred in the franchise, and I’m grateful for that. The story overlaps the timeline for Ultimatum, which gives it a sense the films are every bit as connected as Identity was to Supremacy and Ultimatum.

But who has the nerve to make a Bourne film without Bourne?

Never fear. The director, Tony Gilroy, is the writer of the other three Bourne films. If that doesn’t phase your skepticism, he’s also writer of Duplicity and Michael Clayton. He’s got the suspense/espionage/action/drama thing figured out, and I wouldn’t want to bump into him in a dark alley.

Seriously though, each film that comes along needs to be evaluated on its own merits. I don’t care as much about who’s in it or who directed it as much as what the film says for itself. On it’s own terms — not overly analyzed and compared to the other Bourne films — Legacy worked for me.

Who dares to play a part in a Bourne film without Bourne?

Ed Norton, Rachel Weisz, Jeremy Renner and a few other good actors that didn’t get the screen time their characters deserved.

I haven’t liked Ed before now, so it’s nice to see he improved in this role (minus the atrocious makeup work). While certainly not as convincing as an antagonist as Chris Cooper acting as Conklin in Identity, Ed is true to the dark and corrupted CIA we all know and love to hate in the Bourne films.

Rachel Weisz is one of my favorite actresses. Even when she’s performing in a movie I can’t stand (like The Constant Gardener) she still excels (God forbid that all changes when I see her in Oz: The Great and Powerful). I’m happy to see Rachel take an unassuming yet smart role as the scientist. She faces her real-world-like fears with courage in a believable way as Dr. Marta Shearing faces unsurmountable odds.

And, of course, let’s not forget our action super-spy: Jeremy ‘Hawkeye’ Renner as Aaron Cross. Jeremy Renner is handsome, smart, strong, manly, and an improvement in the attitude department over popular male actors. Like Matt, this Jeremy guy exudes some sort of humility that I like, yet he is every bit as aggressive and strong-willed as a super-spy needs to be. It’s why these protagonists stand out as heroic spies in an otherwise messy litter of arrogant action characters like Bond.

Who likes a Bourne film without Bourne?

People that don’t like action movies watch Bourne movies. We all do, and it’s because they have more to them than the standard action genre of our day. Bourne movies are smart and sophisticated films that borrow a lot of capital from no-nonsense film styles. Bourne movies remind me of the show 24, but with a better production value and cinematic approach. Ultimately, people with discriminating tastes will find time to enjoy Bourne films before they’ll succumb to conventional action flicks and cheap spy television shows.

But none of this really matters to Hollywood. The Bourne films decided they weren’t in it for the art and great story when they dramatically deviated from the novels they are based after. Don’t let the appearances fool you: while the super spies are chased by the corrupt government, The Bourne Money is the story of Universal Pictures chasing the audience’s wallets. If you weren’t sure about it before Legacy, you should be now.

But don’t let that issue ruin the ride for you. I’ll gladly hand Universal my wallet this time because Legacy is not half-bad.

What could have possibly worked in a Bourne film without Bourne?

Come on. All the Bourne films follow this storyline: a human science experiment is on the run from the government that happens to be smarter, faster, and easier on the eyes than anyone around him. Along the way, throw in a cute lady with smarts, bangs, and big eyes that the super-spy now has to protect while they pursue a common goal together. This is one of audiences most favorite stories.

The acting works, the action is fast and thrilling… it feels like you’re being chased on foot by a mountain lion at top speed for two hours straight. There’s a clever scene with a wolf and another in a chemical factory. This movie will keep you enthralled.

So there was nothing that didn’t work in a Bourne film without Bourne?

Please. I haven’t gone off the deep end. There are several parts of the film that could’ve been better.

The logic and realism of the spy work is questionable at times. There’s a villainous spy that turns on people that trust him. All of the sudden this otherwise personable character behaves like a murderer in a dated and forgotten horror film. We get that he’s a bad guy, but his behavior is subpar for Bourne films’ legacy.

There’s also some science and technology that don’t add up. For all the satellites and expensive scopes/weoponry the military have, they can’t spot a man with a tin plate taped to his hip to cover a tracking device? I bought it at first, but then it fell apart under scrutiny.

And there is an alotted convenient amount of time a spy recovers from a genetic-altering chemical cocktail shot in his veins. Had he been healed faster than he was it wouldn’t have been dramatic enough. Had he inconveniently laid ill for a few more hours he wouldn’ve been a dead man. His recovery was practical for the story but unrealistic.

There are times you may roll your eyes, but the pace is bristling fast so you will quickly move on from these.

But the real reason the film lacks the flavor of a great Bourne film like Identity is for the anti-climactic ending. It’s obvious that Legacy will not be the last Bourne film, but there’s no excuse for why the ending lacked substance and… something else killer, to borrow the expression. Legacy, like the other Bourne movies, is a two-hour action-packed heart attack. But unlike good Bourne films it ends with only a reflexive sigh of relief.

Should I spend my dimes on a Bourne film without Bourne?

You betcha. Is Return of the Jedi not worth seeing after The Empire Strikes Back? Check it out while it’s in theaters to appreciate the wide aspect ratio shots and the thrilling roller-coaster ride they throw these super-spies into.

I give The Bourne Legacy a well-earned 3.5 out of 5 stars.