Box Office Overview as of August 21 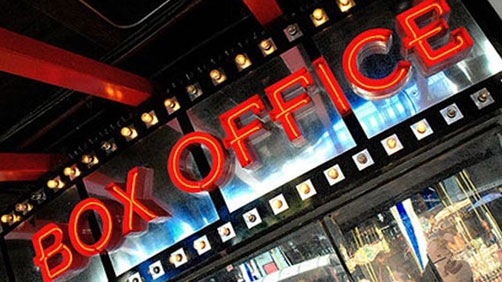 We still have a few more films to go this year, but I thought it would be interesting to take a few moments to compare the box office results of the films so far that I care about (in other words, I’m not going to talk about ParaNorman, just for instance) and talk a little bit about the results. There’s a couple of films here that came out before we launched MovieByte so I want to talk about them a little bit anyway.

The films I’ll talk about are, in order of release date, The Hunger Games, The Avengers, Brave, The Dark Knight Rises, Total Recall, and The Bourne Legacy.

I really enjoyed this film. I read the books upon the recommendation of a good friend of mine and I enjoyed them a lot. The first book is the best for sure, but there’s definitely some goodness to be had throughout the series. In particular, Suzanne Collins critiques of where our society is headed is excellent. Although the abuses and excesses we see in “The Capitol” are over the top and we think, “This can’t happen here,” the truth is they are nevertheless too close to home.

The first film is very faithful to the spirit of the book. There was very little that I found to quibble with in this first film in terms of the story and how well it worked with the book. My quibbles were actually with the technical execution. I really found fault with the approach to the cinematography in the first portion of the film. There’s a lot of very close up and fast moving, hand-held shots that feel particularly unmotivated in light of the fact that there’s not a lot happening just yet. It feels like it needs more solid establishing shots to open the film. But as the film progressed the style fit more and more. And as I say, it’s only a quibble. I immensely enjoyed the film and I’m very happy to see the major success that this film has enjoyed and I am definitely looking forward to the next one.

Joss Whedon is probably most notable for creation of, and his work on the TV Series, Buffy The Vampire Slayer and it’s spin off Angel. But those may well be the only two shows counted among his successes by most people. He went on to do Dollhouse and Firefly, neither of which were “successful.” Firefly was a great show that was shot in the foot by the network, Fox, so I don’t count that against him. Dollhouse was, I think, fundamentally flawed as a TV show, but everyone has one of those right?

Still, to the dispassionate observer, getting Joss Whedon to direct The Avengers might have seemed like an odd choice. Of course you also need to look at Joss’ writing career. Notably, he was a writer for the screenplay of Toy Story. So the guy obviously has a great sense of story. As someone who suspected that Joss Whedon had the chops for a project like this and enjoyed most of his previous work, I was super excited that he was on board to write and direct this film. And I was not disappointed. The Avengers is probably the film I have enjoyed the most this year. It has great story, great humor, it doesn’t take itself so deadly seriously as to be painful, but it’s not lightweight either — people die in this film. And there’s great plot twists. Not to mention some great one liners.

It’s not horrible, but it’s not the massive success we’ve come to expect from Pixar. I have not seen Brave (I know, shame on me, right?) so I cannot speak to what did or didn’t work about this film. I only know what folks have told me. But I would say that this feels like a film the folks at Pixar didn’t care as much about. With every other film, the impression has always been that they had a great story and so it became a film. With this film the impression is very much that they wanted to combat this perceived image that they did not have strong female characters. This approach does not really make for a great story. It’s not the type of story Pixar is good at telling.

This is the third film in the Batman trilogy that was long anticipated. There were expectations to live up to, there was story to be told. I was a little worried that, even with Nolan, the trilogy plague would drag this film down into the mud. Made on a budget of $250 million, The Dark Knight Rises opening weekend brought in $160,887,295, and went on to a domestic total of $409,787,260 and a worldwide total of $898,387,260 so I’m putting this in the success category (Box Office Mojo).

To me, this is unfortunate because, while the film was no Dark Knight Rises, or Avengers, I greatly enjoyed it.

A lot of the complaints I have seen against it invariably mention the first film and how this film was unnecessary and a cash grab. Or they talk about how much better the first film was and how bad this film is in comparison. I shake my head in complete and utter disbelief at these things. In my opinion, they are untrue.

Here’s my review, and Joseph and I also talked about it in our fourth podcast episode titled, Schwarzenegger Can’t Act.

Hindsight is 20/20 and I think in hindsight, this film was destined for failure from the very outset. Originally, Jason Bourne was to be featured again, but when Matt Damon backed out, they shifted the focus to a new character.

I liked the concept for this film, but unfortunately it never really took off. It started out really slow and the story never went anywhere. The film wound up being about a guy chasing down the drugs he needed to stay in his super-human condition. I couldn’t relate at all. It’s unfortunate because I think the concept really could have worked, Jeremy Renner and Rachel Weisz did a great job on the acting front. But when you’re riding a bad script, things don’t usually work out too well.

Avengers is on top at the moment, both in terms of box office, and in terms of my personal opinion and enjoyment. I really doubt anything is going to topple this movie this year but there are still a couple films I’m looking forward to seeing. Onward!