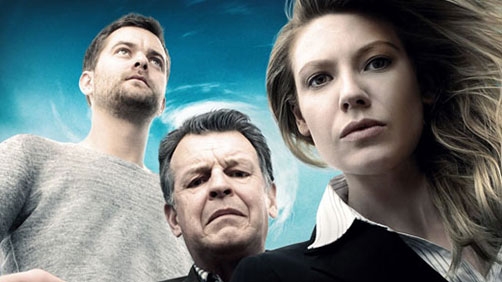 SEASON 5 SNEAK PEEK | A trailer approved for “all members of the resistance” (watch it below) showcased some new footage – even though the series hasn’t officially started production yet. (How? The cast took time out to film some scenes for the reel, including touching moments between Peter and Olivia.) “[Etta]‘s everything I ever hoped she’d become,” said Olivia, to which Peter replied, “Just like her mother,” before deciding to fight back against the Observers by creating some of their own fringe events. Meanwhile, Walter declares, “I know how to rid our world of the Observers!” and “We need Belly!” Added Wyman, “That video was our sales tool to get us a Season 5.”

Speaking of Fringe (see previous entry), I somehow missed this. This was when I was going full blast on the technical aspects of getting this site running, which probably explains how I missed something this exciting. Still, I’ve got to link to it and show you the trailer… because… you know, it’s awesome!