Gary Ross on ‘The Hunger Games’ 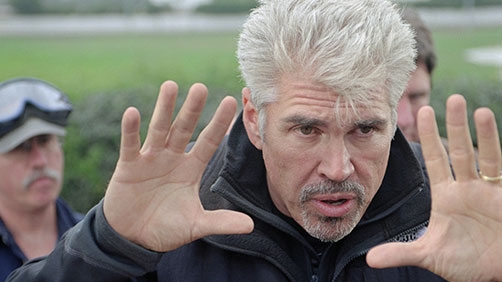 You asked and he answered. Gary Ross, the director of “The Hunger Games,” took on a wide range of questions from readers about his film version of the Suzanne Collins novel. Mr. Ross selected some of the best questions and  has responded below.

I love stuff like this. My favorite though is:

Q. With the ongoing transition from film to digital capture, the fundamental aesthetic of movies (and TV) is changing. Why did you decide to shoot “The Hunger Games” on film rather than in a digital format? — David, Los Angeles

A. Several reasons. I love the look of the film and, for the aesthetic of this movie, I wanted both the richness and the grain that film provides. We were also shooting in very remote (and occasionally hot) locations and I wanted the reliability of film. This movie was shot on a very tight schedule and it rained at least half the days. I didn’t want to run the risk of the technical issues that often come with shooting digitally — we simply couldn’t afford any delays. Most systems are very reliable but even if this was a remote possibility, we didn’t have the room in our schedule to run that risk.

That’s a really short answer, but an even shorter interpretation is, film is just better. Still. I too love the look of film a lot.

Be sure to tune in to our podcast coming up this week where we will be discussing The Hunger Games. We’ll be releasing on Friday this week (and for the foreseeable future) instead of Wednesday.