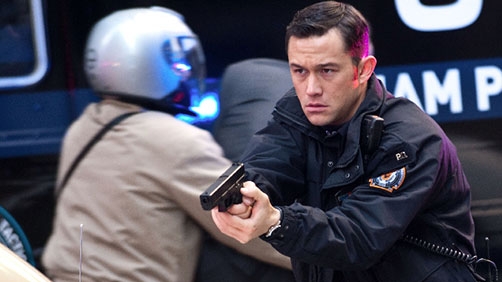 Before the release of The Dark Knight Rises, every member of the cast was incredibly guarded when it came to discussing plot points. Now that the film is out and part of the public conscious, one would think all of what happens would be open for discussion, especially since most of it is pretty cut and dry. That’s not necessarily the case for John Blake, the character played by Joseph Gordon-Levitt, who has remained pretty silent in regards to the film’s ending. However, on Jimmy Kimmel Live, the star of Looper not only talked about the ending, he talked about the future of the franchise. If you know what I mean.

This is pretty fun. Here’s the video.