Manly Superheroes are Not Americans?

It was noted by one of our readers (that’s on top of things) that Leonardo De Caprio is not Australian. I knew that too, but I hadn’t drank my coffee for the morning when I wrote the post. My apologies to Leo for the mix-up. 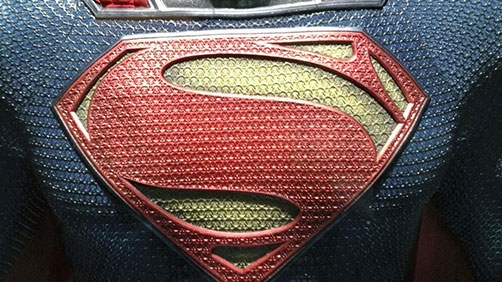 Maybe you’ve been noticing this lately. Most of America’s favorite superhero roles were taken no less than by gorgeous men from across the Atlantic, England in particular, who dropped their accents to land on these meaty roles.

The Avengers introduced some exceptions to this, but for the most part American actors have not played superheroes in the movies for the last decade. Why is that? Because manly men are not among the Hollywood crowd, so acting scouts are looking offshore for talented masculine men to play the lead roles.

Superman played by Henry Cavill in next year’s The Man of Steel is the latest addition to the English playing “the American way.” Henry fits the gentlemanly behavior as well as the aggressive macho hero type. His chiseled facial features don’t hurt his masculine nature either.

[T]hree big names have been on the spotlight – Christian Bale (Batman), Henry Cavill (Superman) and Andrew Garfield (Spider-Man). While Christian Bale has been reprising his role as the Dark Knight twice already and is working on the third (Dark Knight Rises), Cavill and Garfield are technically newcomers in the American superhero genre. Cavill was said to have auditioned long before for the coveted Superman role, only to see it given to American actor Brandon Routh. This time around, he prevailed over another British actor, Matthew Goode. (I swear, I loved this guy!) Andrew Garfield, an American-born actor who grew up in Surrey, London, was still reeling from a successful audition that made him the next webslinger to date. It’s good to see someone who isn’t all muscles, but a regular guy who can convincingly play his role as your friendly neighborhood Spider-Man.

And this brings up an interesting point. Garfield is the epitome of unmanly, so to speak. He’s a great guy and impressive actor though, and that’s why he suited the part of Spider-man. Andrew can play the awkward yet confident nerd, as we’ve seen before Spider-man. And it’s funny to note he’s an American raised in Great Britain.

And Chris Hemsworth who played Thor might as well have been British. Australians stand a good chance as manly figures ahead of American actors as well. Chris, Hugh Jackman, Russell Crowe (who’s playing Jor El as Superman’s father), and Leonardo De Caprio are just a few Australians in Hollywood films that are iconic male leads.