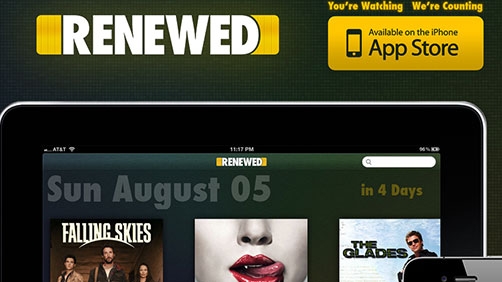 New Jersey-based iOS app developer Andrew Fernandez just published the V2.0 of his social TV app Renewed, which takes on other apps in this space with an interesting twist. Renewed says it knows which shows are going to get canceled, and which ones will get picked up for another season, simply based on the data it gathers from check-ins.

The app displays a health meter for each and every show. These predictions may be based on a small user base for now, but Fernandez told me that he has bigger plans for this kind of data. “My big goal for the data is to make it available to networks and studios as another measuring tool similar to Nielsen Ratings,” he told me via email, adding: “Some companies are correlating the social data with spikes in ratings, I would like to actually create real-time accurate ratings.’