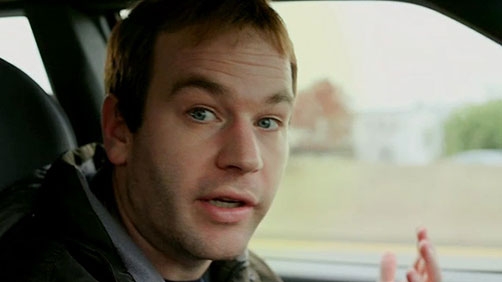 This is such great fun. As I mentioned and linked to a couple days ago, Joss Whedon did a tongue-in-cheek video “asking” everyone to “boycott” a film called Sleepwalk With Me. In the snarky, sarcastic way that only Joss can do, he gave the film several comments (disguised as insults and reasons for boycotting). Whedon even asked fans to request the movie be screened in their local theatre so they could boycott the film as well (side note, my favorite part of the Joss Whedon video is the very end when he says, “remember when I made The Avengers?” Hilarious!).

Now the film-makers, Mike Birbiglia and Ira Glass, have responded to Joss’ call for a boycott with plans for Avenger box office domination. This video may be even more fun than Joss’ video and I highly recommend it. If your sense of humor is working in the slightest you will be falling out of your chair. This is the sort of internet campaign that is brilliant and I think will do very well for them. Props to everyone. Enjoy.