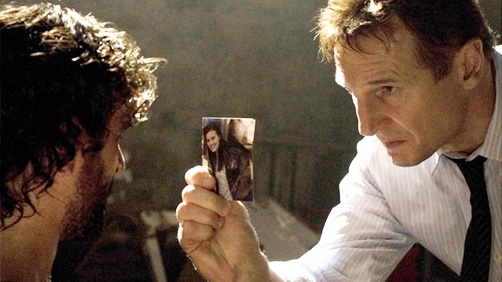 It’s always gratifying to see a man’s man in action. Bryan Mills (Liam Neeson) is a staunch retired agent that at his core believes he must defend his family no matter the cost or the lengths he must go offensively to defeat his emenies. In Taken Bryan must wage war on traffickers to save his daughter. Somewhat surprisingly, this really works in the film, and for the most part it felt realistic.

In Taken 2, the villians are uprising against Bryan. I think the premise gets away from the realism of the first film. In Taken the scenarios were a great relief from action films like Die Hard. But Taken 2 is attempting a grander story arch that is ambitious and perhaps uncharacteristic of the low-lifes that are real-world human traffickers. Based on the trailer alone, I think their efforts to bring down their vengeance upon Bryan is too calculated and smart.

Taken 2 is expected to release sometime during 2012.