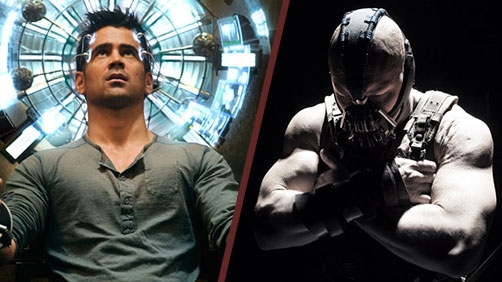 Late last week, the box office prognosticators speculated whether The Dark Knight Rises would eek out a triumph over newcomer Total Recall. The pendulum would swing in either direction as the weekend approached, but in the end TDKR easily beat out Total by every measure. In fact, the film only really managed to measure-up to its original, but in 2012 dollars

As far as The Dark Knight Rises still being in first place, that is probably as it should be. But the fact that it only made as much as the original but in today’s dollars — which actually means it’s doing far worse — is something of a shame. Still, it’s hard for me to put myself in the mindset of the 1990 theatre patron. Maybe the film was good in it’s day, but I am having a hard time buying it. And as we discussed on our podcast, how well a film does, or does not do at the box office does not necesarrily indicate the film’s worth.