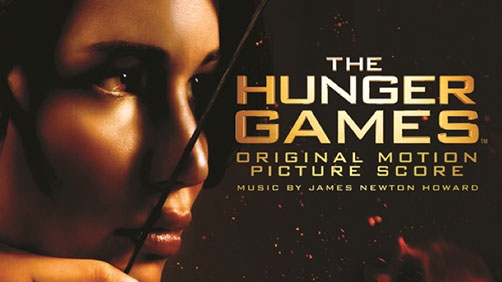 Considering The Hunger Games was released on DVD barely a week ago, I figured now would be a good time to review what is, in my opinion, one of the finest aspects of the film: the score, composed by none other than J.N.H. I’ve encountered several less-than-favorable reviews of it, and the most common criticism seems to be that score is too minimalistic. I beg to differ: the score is minimalistic, but perfectly so. Howard invests thought and emotion where lesser men would have settled for cheap thrills. And frankly, I find it incredible that most listeners can’t appreciate that. Their loss, I suppose. Here’s hoping it gets some recognition come Oscar season – J.N.H. deserves no less.

I’m enjoying the score as I type this. It is really great stuff. As I mentioned in my review, James Newton Howard captured this film perfectly in my opinion as well. And as I mentioned, while the music is well done, just as important to the flow of the films are the places where the music is minimal or non-exsitant.

The score is available through Amazon, or iTunes and I highly recomend it.