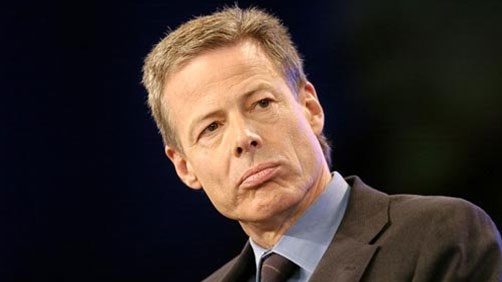 One reason for that, Bewkes says, is that cord-cutting is actually not all that prevalent. “[T]he whole idea that there’s a lot of people out there that want to drop multichannel TV, and just have a Netflix or an HBO — that’s not right,” he told investors. “Look for the data, you won’t find them.”

Look, I understand the need to protect your business, and I understand the difficulties involved, but it seems to me that it might be a good idea to look to the future. The internet and digital lifestyle is not — in my best estimation — a passing fad. It’s here to stay, and it has and will continue to make older business models obsolete. As for the cord-cutting myth… Yes, though I personally am one of those cord cutters who does not have a cable subscription, or any sort of apparatus to bring in broadcast TV, instead getting all my TV and movies digitally, or from Redbox if I’m desperate (or yes, even ripping Blu-rays for my digital library), I do understand that this is not yet the norm. But more and more “regular people” (i.e. not geeks like me) are at least thinking about and aware of cord-cutting.

The problem as far as I’m concerned is that broadcast and cable do not fit my lifestyle, nor does it fit many people’s lifestyles — not really. With broadcast and cable TV, you have to watch programing content when it is being broadcast. Yes there are bad hacks such as TiVo, but these are nothing more than hacks. On demand, I truly believe, is the future. And I further believe that companies who don’t acknowledge that nor begin planning for this future are going to find themselves obsolete.