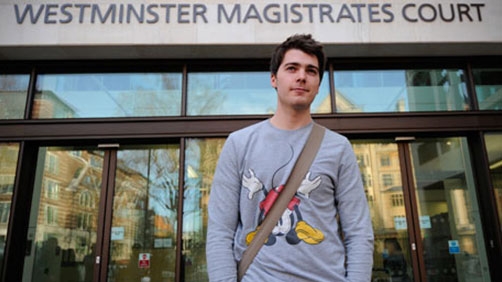 “Being 24, posing for newspaper photo shoots in a cartoon sweatshirt, and having your mother and Jimmy Wales speak for you, does not mean you are incapable for [sic] breaking the law.”

The reminder above comes from a supposedly leaked MPAA memo obtained by TorrentFreak. It outlines talking points when discussing the much publicized O’Dwyer case, involving the 24-year-old and the “link site” he used to run. TVShack.net didn’t directly host possibly infringing materials, but the site did link to such videos.

This is one of my pet peeves so I am likely to talk write about it from time to time so just bear with me. Let me be clear here, the crime O’Dwyer committed is linking to other sources on the web. Linking is the crime here. Furthermore, he’s being extradited by the U.S. from his country of residence so that he can be tried under our laws for these perceived crimes. How would we like it if one of us wrote something on the internet that was within our rights of free speech, but some other country had laws in place that made what one of us said in that case illegal. So they came over here and extradited the offender to be tried by the laws of their country for perceived crimes. The idea is outrageous, and I think puts this into perspective. It’s completely nuts.

I’m a movie geek and as such I watch a lot of movies brought about through the MPAA, but their behavior here, and the cooperation of the government in both countries of this case is beyond despicable.