What really happened to Batman? 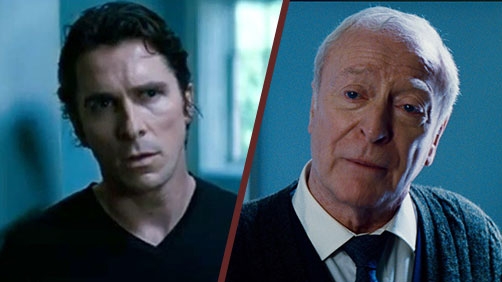 WARNING: Spoilers for The Dark Knight Rises ahead.

It was a surprisingly happy ending for such a dark series. But I don’t think you have to take it that way. As the Bat flies away from Gotham we clearly see Batman sitting in the driver’s seat, with 5 seconds left to go on the bomb’s clock before it sets off. If he in fact managed to get out of there so fast, how did he escape the bomb radius? And how the hell could he swim back? And while I know Nolan is allowed creative license and a serene spot for dear old Alfred to visit, doesn’t it seem bizarrely coincidental that he’d see Bruce and Selina in the one place he’d imagined—as the very smart Dave Lozo pointed out, is there just one cafe in Paris?

I have to admit, I had a thought in the theatre that the end scene was indeed a dream or something of Alfred’s. I dismissed it pretty quickly. But I have to admit there is some part of that theory that makes sense. Up until the scene with Lucious Fox, I was absolutely certain that Batman was dead. I certainly think that would have been a better, and less cheesy way to end the series.

For more of my thoughts on this, and Joseph’s thoughts, be sure to check out episode two of our podcast.