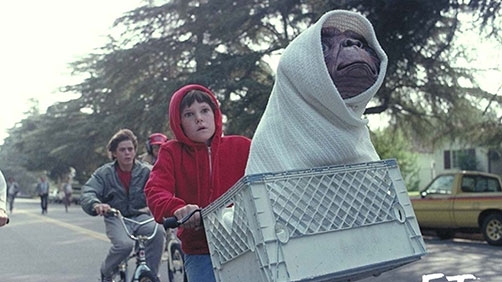 In honor of its 30th anniversary (and to promote the upcoming Blu-ray release, ka-ching!), Steven Spielberg’s E.T. The Extra-Terrestrial will return to theaters in October for a one-night only special engagement in October, via Fathom Events. As a bonus, the digitally-remastered film will be accompanied by making-of materials and a remembrance by Drew Barrymore — Gertie! — and, probably, buckets full of Reese’s Pieces.

I’m not a fan of this film. In fact I can’t stand it. But It seems like I should let you good folks know about it in case you want to see this wretched film in theaters. The date is Wednesday, October 3 at 7:00 p.m. You can grab tickets here.