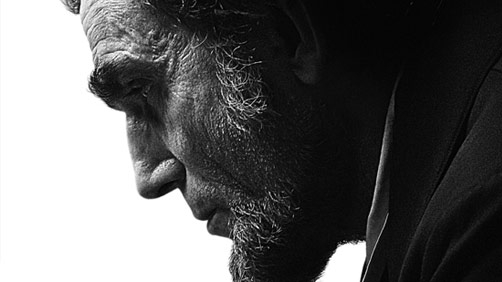 Steven Speilberg’s been hard at work to bring to us another award-winning biopic. This time, what with Daniel Day-Lewis as Abraham Lincoln, he is bound to create quite a buzz with the film and stir up age-old controversy and worship for the 16th president of these United States of America.

It’s practically impossible to imagine that Lincoln will not reflect a highly subjective viewpoint of Abe. Some will be very happy with the American spirit and glorification of their “patron saint of freedom.” While one would expect history buffs to be the target audience of Spielberg’s film, it’s highly doubtful that it will be history buffs that really enjoy it. True to a Spielberg fashion, this will be a grand modern reflection of Abe that focuses on connecting with modern audiences over hisorical accuracy.

But let’s not forget that this is still a movie, and as such we should be interested in how it stands as an achievement for filmmaking. Will Lincoln be entertaining? Timeless? These are the things we can begin to scrutinize in a teaser such as this one.

The poster for the film released a few weeks ago caused quite a stir in the hearts of Americans. Day-Lewis as Lincoln has a startlingly accurate physical appearance of this president. Besides the hair style and wardrobe, the makeup and expression of Lincoln’s face is enough to make one think that Lincoln is back from the dead and ready to shake hands with Romney or Obama.

This trailer, however, demonstrates for moviegoers the sound of the president’s voice. This is the first time we have heard the voice of Lincoln, so to speak. So how well does it work for our perceptions of the president, the time in which he lived?

The voice is a notable detail that does not work for me. While the accent is an attempt to reflect Lincoln’s cultural and geographical upbringing, the tenor of his voice is unmistakably drab. There is no richness, no base, no reverb… It distracts from an otherwise exquisite portrait of historical America.

Since not much else is known about the story of Lincoln by the glimpses of the film in this trailer, we can only judge the teaser trailer for what it is: less than 1% of the movie. It tells us that we should rally for Lincoln, that he cares about America, and not much else.

But if the shallow quality of this trailer isn’t enough with the plain voice of Abe and the limited amount of the story depicted, there is also the music of the trailer we can pay attention to. Honestly, I have high hopes for this films’ soundtrack, but what’s heard here sounds undeveloped. Surely this is not a representation of John Williams’ composition.

More should be revealed on September 13th in the Google Hangout with Steven Speilberg. If you want to participate, now would be a good time to get familiar with Google Plus, Google Hangouts, and how all that stuff works. You wouldn’t want to miss the biggest hangout of the year. You can find the hangout here before it’s live.