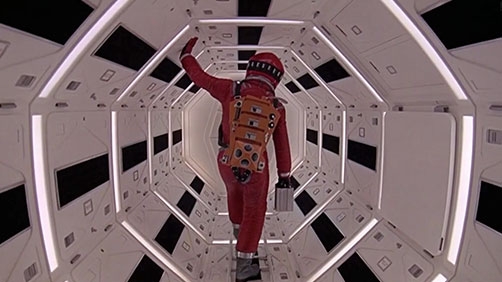 The newest entrant, “Kubrick // One-Point Perspective,” masterfully weaves shots from the director’s oeuvre, pulsing along to a soundtrack of Clint Mansell’s “Lux Aeterna,” a track best known as “that Requiem for a Dream song.” Each shot utilizes the same framing technique: a wide angle with everything in focus, directed at a single point in space in the dead center of the frame. It’s difficult to explain, which is why one should give it a look.

It is very interesting, stylistically. It’s not something you see much in modern film making. I know that when filming or photographing I personally tend to avoid one-point perspective when filming, but Kubrick uses it a lot, as made obvious here.