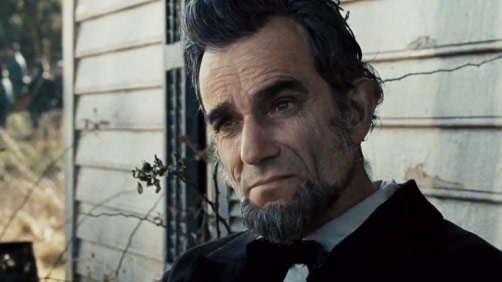 It’s very difficult to address historical figures. Someone like Lincoln is still relatable to Americans today. We see his image on our currency, and we hear stories of his kindness, honesty, and sincerity. We are glad to quickly overlook that this president made the country go to war with itself. Obviously it could not have been an easy choice (or his first choice), but it still gives me pause enough to wonder, “What sort of man has the nerve to order the death of hundreds of thousands of his own countrymen? What cause is worth this?”

The founding fathers asked the same question, and they were not willing to be that sort of person. Some might call this their greatest shortcoming. Whatever side you take, what Lincoln ultimately accomplished has altered the course of human history. Now we are left with the history to make the best of it. Spielberg’s film is Spielberg’s attempt to do just that.

What Works in the Trailer

This is a touching trailer. Spielberg knows how to pull all our heartstrings. We see a man battling against the odds that’s consumed with a fundamental value: all men are created equal and should be treated so.

The cinematography is elegantly simple and straightforward. Where it really shines is in the use of light and heavy shadows. Think about it: in Lincoln’s day they didn’t have indoor electrical lighting. It’s a mystique of authenticity this period film carries that many period films do not.

The emotion of the trailer quickly excels. Perhaps some would say it’s too expressive for a period political film, but I don’t think so. Even if the drama is over-the-top, it’s comforting, almost. This is peculiar considering how much death, bloodshed, and tragedy surrounds the events Lincoln spawned. The trailer feels the way I feel about the events surrounding Lincoln and the conflicts of the culture in that time.

What Doesn’t Work in the Trailer

I’m disappointed that this trailer doesn’t show other noteworthy actors of the cast, such as Joseph Gordon-Levitt and characterize their role in the story. Tommy Lee Jones didn’t look so great in his character, in my humble opinion. I trust there will be some significance to these other great actors that’s missing in the trailer, and they will show better in the full film.

In some ways the trailer seems enamored with getting every angle of Lincoln seen. We see back of head shots, profile shots, straight on shots, etc. It’s a little showy of the filmmakers (“Look! Take a good look! He really does look just like Lincoln! He must be embodying his spirit!”). For some people this will work, and I understand why. But I’m of the mind it’s a little forced for the sake of this trailer.

There’s also some subjective opinions and stereotyping thrown in the trailer, which I had foreseen. This is Spielberg after all — the man that’s something of a poster child for everything Hollywood traditionally represents. He’s taking not the historical approach to the history. This is a decidedly biased and filtered vantage point of the events surrounding Lincoln that ultimately glorifies the man.

Where this sticks out like a sore thumb is in the lines the characters say:

We wait for another trailer. This one is enough to keep me interested. I think we all know what to expect now. If you are in favor of Abraham Lincoln, and you appreciate a little historical revisionism, then this movie is for you.