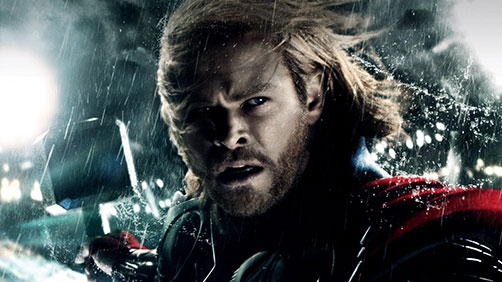 Hemsworth, Taylor and hundreds of extras are currently filming in England and beautiful set photos have leaked out featuring a massive, massive battle in the woods. After the jump, check out a bunch of the photos, which include what looks to be a new, slimmed down costume.

Be warned that while there’s nothing immediately revealing in these images – Thor fights people, big surprise – they certainly reveal more than some people might want to see and should be considered minor spoilers.