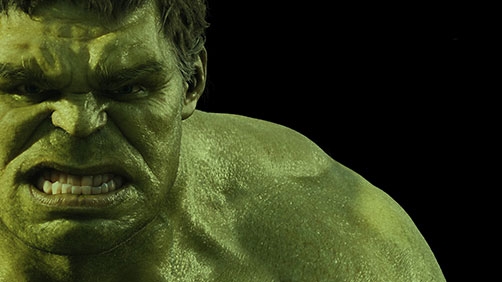 After two semi-successful attempts at bringing Bruce Banner’s The Hulk to the big screen, most everyone agreed Joss Whedon finally got it right in The Avengers. However, the argument was maybe it worked this time because Hulk was a supporting character instead of the star. Marvel Studios President Kevin Feige didn’t agree with that and threw around the idea of possibly making another standalone Hulk movie in the future, this one starring Mark Ruffalo who is under a multi-picture contract with Marvel.

The questions are when would that happen and what story would it tell? In a new interview with MTV, Feige said he’s still interested in doing a Hulk movie but that it would likely be after The Avengers 2, making it part of the Marvel Cinematic Universe Phase Three. He also said popular comic book storylines such as Planet Hulk and World War Hulk were definitely possibilites. After the jump, read his exact quotes and how these stories could lead into The Avengers 3.

I’m interested in another run at a Hulk movie. Although I wasn’t displeased with the Edward Norton Hulk, there’s no denying that Mark Ruffalo is pretty much the best Bruce Banner/Hulk we’ve seen. I don’t know that I would be super jazzed with the story-line presented later in the article that would seem to make the Hulk a villain as the story progresses, but I might be able to live with it if done right. Still, it sounds a little too comic book like for the big screen.