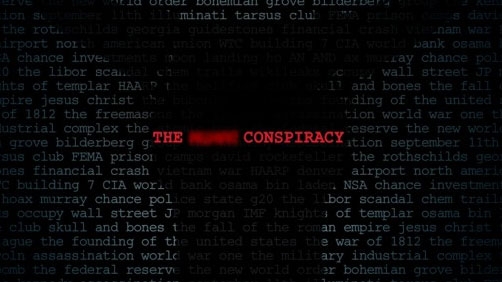 I don’t know much about the film The Conspiracy at this point, other than the fact that it is playing at Fantastic Fest. That implies a few things about the film that features a documentary crew that is covering the theories of one seeming conspiracy crackpot. But that “crackpots” disappears, the crew starts to think there might be more to the theories than they’d initially imagined.

While this trailer features some histrionics that are a little difficult to swallow out of context, there are also some very effective, unsettling scenes here. Writer/director Christopher MacBride seems to be using low-fi found-footage and other techniques to good effect, and as the central theorist Terrance, Alan C. Peterson looks like he’s got a juicy, fun role.

This looks like it could be fun. Unfortunately according to the film’s website, it’s currently only screening at two film festivals.