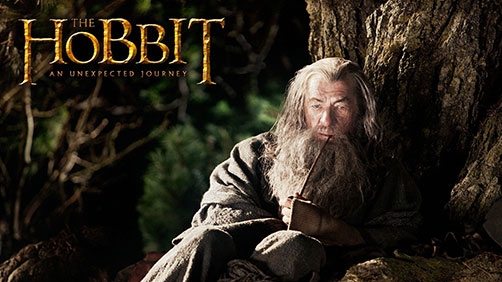 After Peter Jackson announced last month that he would be making a third film from J.R.R. Tolkien’s novel The Hobbit, the inevitable speculation began: How would the second film change, now that it was a middle chapter instead of a final one? What would the new film be titled? And when in the summer of 2014 would it be released?

Never fear, Tolkien fans, your questions have been answered — sparking an entirely new round of questions! Warner Bros. Pictures and MGM announced late Friday that the second film in the series, which will hit theaters Dec. 13, 2013, has been retitled The Hobbit: The Desolation of Smaug. And the third and final film, which now takes on the title The Hobbit: There and Back Again, will arrive in theaters on July 18, 2014. (The first film, The Hobbit: An Unexpected Journey, is still set to open on Dec. 14, 2012.)