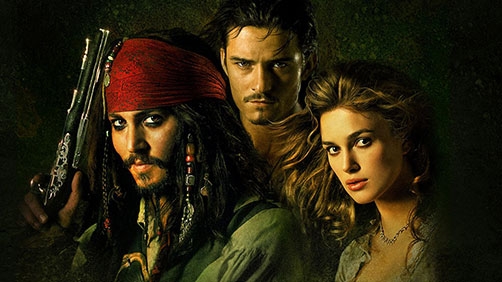 The big question is when Pirates 5 will get underway. Last week, the website /Film reported that filming is scheduled to begin in Puerto Rico this November, with both Johnny Depp and On Stranger Tides director Rob Marshall back in action. However, Moviehole soon rebutted the rumor, with their source saying a script hasn’t even been written. At the same time, that source teased the return of a major character for part 5.

Regardless of whether either of these rumors are true, we expect it’s only a matter of time before Disney officially confirms the next sequel. But what can they do to recapture the magic of the first Pirates film and please fans and critics alike?

The comment “Will Turner’s story might not be done…” is less a hint and more an outright statement that Bloom will be back for Pirates 5. What’s more interesting is the lack of any mention of Mrs. Elizabeth Turner. Would Disney elect to bring back Bloom, but leave out the franchise’s most memorable female character?

Ugh. I have said it elsewhere, but this film is about all three. That’s one of the reasons the fourth film was not so good is because it only focused on one member of the trio.

All that being said, Captain Jack is in danger of overstaying his welcome. One of the problems with On Stranger Tides was that it tilted the franchise too firmly in Jack’s direction. With Will Turner and Elizabeth Swann out of the picture, the fourth film became primarily Jack’s story and that just doesn’t work. Jack is like the Han Solo of the Pirates franchise. He’s the cool one everyone falls in love with. But even though he enjoys plenty of screen time and a definitive character arc, the movies shouldn’t be centered around him. They certainly shouldn’t delve too deeply into his mysterious past and family life.

On that note, the fifth Pirates movie needs to focus heavily on beefing up the supporting cast and creating new characters for Jack to interact with. On Stranger Tides failed in this regard, not because it didn’t introduce any new faces, but because most of the new creations were poorly realized and downright dull.