Michael Westen “Back from the Dead” 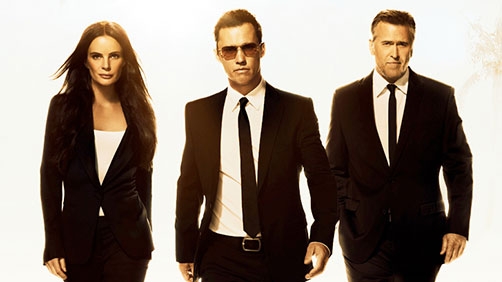 When Season 6 left off, Michael & Co. had trekked to Panama to track Tyler Grey, the sniper who’d been hired to kill Nate Westen — only to realize, too late, that they’d all been led by Tom Card into a trap. Amazingly, and in one of the series’ most explode-y sequences ever, Michael, Sam, Jesse, Fi and Tyler survived Card’s attempt to do ‘em all in with an F-18′s bombing run.

Card, though, doesn’t know they escaped, and Michael’s living, breathing status may give him the upper hand with his fallen mentor and finding out why good people still want him dead.

One of TVs best shows, coming back on November 8! And yes, the F-18 bombing in the mid-season finale was awesome!

Click through for the exclusive video on TV Line.