Whedon’s ‘Much Ado About Nothing’ 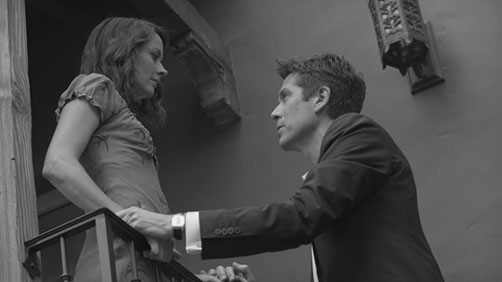 Shot in just 12 days while Whedon was finishing up The Avengers, this version retains the Bard’s dialogue but moves the action to contemporary LA. (Specifically, Whedon’s own house.) Amy Acker and Alexis Denisof star as Beatrice and Benedick, acquaintances whose prickly banter signals an obvious compatibility. Other Whedon favorites fill out the rest of the cast: Fran Kranz, Nathan Fillion, Sean Maher, and Clark Gregg. Read more of the early buzz after the jump.

I love how Whedon has a sort of casting pool he draws from. Alexis Denisof and Amy Acker played Wesley Wyndam-Pryce and Winifred Burkle in Whedon’s TV show Angel. Nathan Fillion had a part in the last season of Whedon’s Buffy the Vampire Slayer and went on to play the lead in Whedon’s ill-fated Firefly. Sean Maher also had a role in Firefly. Fran Kranz had a role in Dollhouse. and Clark Gregg played Agent Phil Coulson in The Avengers. I guess if you know the talent, why get someone else?