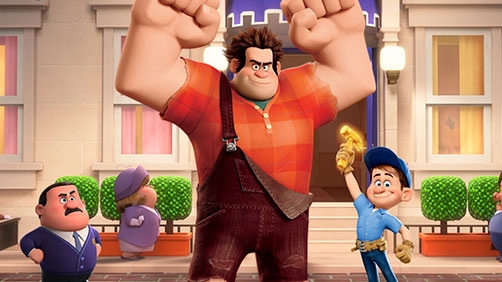 With Wreck-It Ralph, not only is Disney making a movie about video games, they’re paying homage to video games. In addition to the story of Ralph (John C. Reilly), Vanellope (Sarah Silverman) and fictional games like Fix-It Felix Jr., Sugar Rushand Hero’s Duty, real life games all exist in this world. There’s Pac-Man, Q-Bert, Sonic the Hedgehog, Mortal Kombat, Street Fighter II, all of the classic games we grew up with in the Eighties and Nineties.

A new set of posters for the film has been revealed that focuses on those tangental characters and fans of video games are surely going to love them. Check them out below.

Also in the film, but not in the poster, are Kano from Mortal Kombat, Bowser from Super Mario Bros. and many others. Noticably [sic] missing are Mario, Link, Samus and other major Nintendo characters…

This is going to be a lot of fun, I think. I’m actually sort of happy that they are focusing on lesser characters from video game series such as Mario. This really should be a great, fun film.