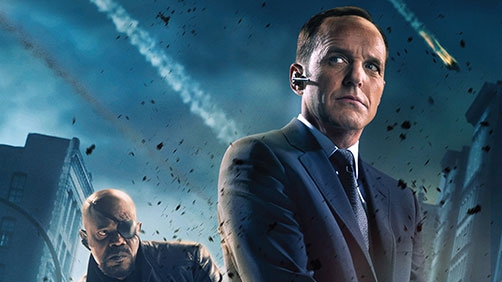 The actor made a surprise appearance at the panel to talk about his role as Principal Coulson on “Ultimate Spider-Man” before playing a special video from “Marvel’s The Avengers” Director Joss Whedon and Marvel Studios President Kevin Feige, announcing Gregg’s return to the role of Agent Coulson in the upcoming pilot. Whedon will also co-write the pilot to “Marvel’s S.H.I.E.L.D.” with Jed Whedon and Maurissa Tancharoen.

This reminds me a lot of Angel. Yes really. Warning, SPOILER FOR Buffy and Angel ahead if by some chance you haven’t seen the shows yet.

Angel was killed at the end of the second season of Buffy but then Whedon was asked to develop a spin-off to Buffy and Angel was brought back, though it was intended that he was really and truly gone (to the best of my knowledge). So it looks like Whedon is pulling an Angel here.

And the fact of the matter is, perhaps what we saw in the The Avengers, was Coulson passing out, nearly dead but not actually. So then Fury used the situation to his advantage to give a kick in the pants to the Avengers team.

In any event, he’s coming back to the Marvel movie and TV universe, and I liked him and his character so I say good. Here’s the video: