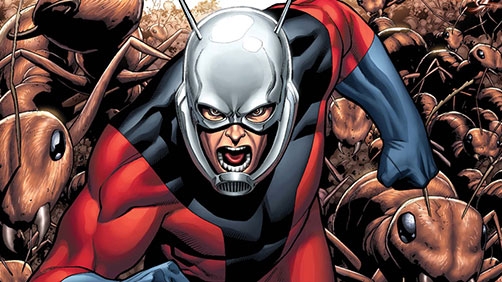 Ant-Man is definitely the biggest news here, confirming not only that it’ll be the first film of Marvel Cinematic Universe Phase Three, but Phase Three will start in the same year as The Avengers 2 (scheduled for release May 1, 2015, and noticeably absent from the above press release). It also closes the loop, as it were, on Phase 2. We’ll be getting the one new film –Guardians of the Galaxy – and three sequels, two of which will be in 3D. That’s not to sayCaptain America: The Winter Soldier and Guardians won’t be in 3D, they just haven’t started shooting yet.

This is where my weakness of not being an actual comic book fan, but tending to like the comic book and super hero movies comes in. I’m having a hard time visualizing this Ant-Man thing and it sounds really stupid to me. Am I missing something? Please sound off in the comments and let me know.