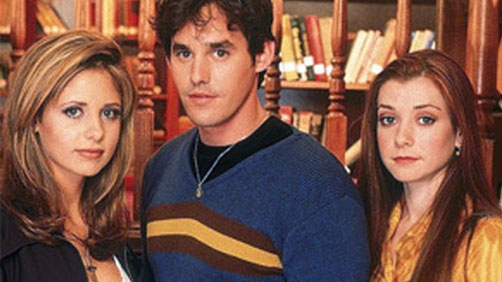 Yes, you were all right. Buffy the Vampire Slayer is a good show. In fact, I’d even go so far as to say it’s a great show—maybe not consistently great, but one that more often than not reaches highs I’d have never thought a show with that title, on those networks, was capable of reaching.

Yes, I admit it, I’m a geek. I liked Buffy. So sue me. Certainly seasons one through three. The later seasons began to have more and more issues, but I liked Buffy. So apropos of nothing, I’m sharing it with you. You should read the linked article, it’s fun.

Yeah, it was late 90s TV and sometimes it shows, but I still love it.

(also, it’s surprisingly hard to find good photos on the internet of Buffy, Willow, and Zander)