Trouble with the Curve — Review 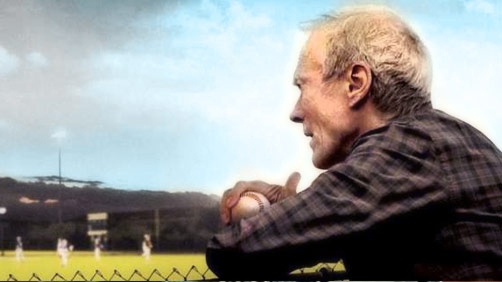 An ailing baseball scout in his twilight years takes his daughter along for one last recruiting trip.

It’s a story about living as a human being — not a human doing. Best laid plans and hard work go to waste, but life seems to work out for the best if you’ll just stick with it.

And like one character in the movie says, “It’s just a game.”

Gus Lobel is one of the great baseball scout experts that should be added to the Baseball Hall of Fame. Thanks to Gus, the Atlanta Braves were successful during the nineties, what with the key players Gus introduced to the team.

But now an elderly man that is losing his eyesight, Gus has to admit that he needs help to handle his job and get through the day-to-day. The problem is he won’t admit it. To make matters worse, the person that could help him best, his daughter, Mickey, is busy with her law career.

But a well-meaning friend guilts Mickey into joining Gus on a scouting trip to North Carolina where they are eyeing the hottest pick of the draft lineup in the minor leagues. If Gus can’t make the right judgment call — to recruit or not recruit this prospect — management back at Braves headquarters are ready to let Gus’s contract expire without a renewal. And if Mickey can’t get back to the big city in time for her court date, then she will miss the available partnership position at the prestigious law firm.

Gus and Mickey’s problems are compounded when they are together trying to behave like family. Home is where the hurt is. The loving daughter, Mickey, wants to resolve their longstanding conflicts, but Gus is bottled up inside and distant emotionally. It will take an extraordinary young-self-aware-retired-pitcher-turned-scout-for-the-Red-Sox to help the Lobels through this time of angst.

There’s a sweet spot when a film is above average and so much so that I’m willing to watch it again and again. Trouble with the Curve met the mark. It is a sign of a decent drama. When you can tell a relatable story with realistic characters for two hours in a real-world experience and not lose my interest, then something is working. (And to be really honest, I just like this movie for the baseball aspects.)

That said, drama has its challenges. In today’s cinema we expect lots of sensationalism, explosions, or belly-aching laughs to help make an enjoyable feature film. Thankfully, Trouble with the Curve doesn’t meet these expectations. It’s down to earth and smart. You won’t find your senses insulted, or your heart growing cold to the characters.

It’s worth noting this film will not keep the short attention span of today’s general audience (mostly teenagers, if statistics are right). There are not enough highs points and low points to keep the story especially dynamic. It’s a bit like real life, and that’s something I found appealing.

And I don’t believe the trailer does the story justice.

My favorite quality of Trouble with the Curve by far has to be the level of depth they deliver on professional baseball details. Much like Moneyball, Trouble with the Curve gives us an insider’s look at the sport. In many ways I feel Moneyball comes short in this respect (thanks to its focus on the life of Billy Beane stealing the spotlight from baseball). Trouble with the Curve excels in showing the finer details of this sophisticated game without slighting the characters of opportunities to develop.

Clint Eastwood is staying sharp. Besides the fact that he is very aged, he keeps nailing his roles. Admittedly, Gus Lobel isn’t a difficult character to act, but Clint fits the character like a glove. The character in many ways reminded me of my grandfather. I relate to the challenges Mickey faces with such an elderly man that is set in his ways.

Amy Adams is convincing and charming as ever. Her role is thankless in many respects, but she supports Gus’s character development like a genuine daughter would. In the end, I wasn’t interested with her character’s personal problems, but I was pleased with what she represented to Gus and to Johnny.

It’s easy to forget what a good old-fashioned drama looks like. You remember those? People used to watch them and they were good. They were kinda like life, but they felt like good therapy. They foster introspection and grant wisdom to those that are insightful. Trouble with the Curve is just this: it’s a critique on modern broken humanism, and it means to help those that are trying their darnedest to hit the curves life throws at them.

The ending is strong but not as much as the whole of the film. Even so, dialogue throughout felt natural, and just about never felt like characters were reading aloud a lousy script. They live this story out. Moments of action were subtly used at times and always well supported the narrative appropriately.

Trouble with the Curve has some harsh realities that by the end of the film the characters haven’t addressed. These realities are what a good part of the story is really about. There are setups early one that never pay off.

Gus is the central character, and most of his personal problems are left unresolved. The ending was adequate, but it should’ve sealed the deal. Gus’s character development has not really arched in this film. He warms up to his daughter, and that’s about it. Perhaps the greatest disappointment are the antagonists. They were pathetic. By the end of their first scene in the film I knew where the whole of the film was leading, and I had no doubts the central antagonist was doomed to failure. He is so artificial and contrived it is sickening. These antagonists don’t understand what they are personifying (you can read it in the actors’ eyes). They aren’t worth their screen time and were painful to watch.

But this story is not about the bad guys, after all. The film is about the father and daughter restoring what’s left if their family. It’s a chick flick for old men and their kids to watch together (and that’s a good thing depending on how you look at it).

Johnny (Justin Timberlake) is an average character at best. It’s somewhat obvious that he is a copy of Gus’s character 40 years younger.

Oddly enough, Johnny carries a good part of the middle of the film with his rabbit trails. The love relationship that blossoms with Mickey felt obligatory. There wasn’t chemistry in the details. Ultimately, it takes a lot on Johnny’s part to be noticed by Mickey, but by the time she notices, their relationship comes to something of a standstill.

One more thing: Gus doesn’t have any good years left; let’s be honest. The character is aged beyond his career’s demands. His daughter is rightfully his replacement as scout for the Braves. Good times are what this movie depicts, but beyond that, Gus’s life is adrift and trying to endlessly live in his glory days. When will the elderly accept their limits and move on with life gracefully? With Gus, it is anyone’s guess.

Calling it how I see it

See this film. Trouble with the Curve has trouble with its own curve, but its a smooth drama with catchy plays. I like the relationships, the progress the characters experience… Just a few things don’t add up. What made up for many of the shortcomings of the film were the details in professional baseball that were well-developed and faithful to the spirit of the business and game.

You will not especially like the film if you are not interested in baseball. There’s a lot about the game here that influences the story. Like Moneyball, you will find appreciation for the simple things that the characters care about only if you find a way to relate to them. The easiest way to relate to them is to like professional baseball.