‘The Dark Knight’ vs. ‘The Avengers’ 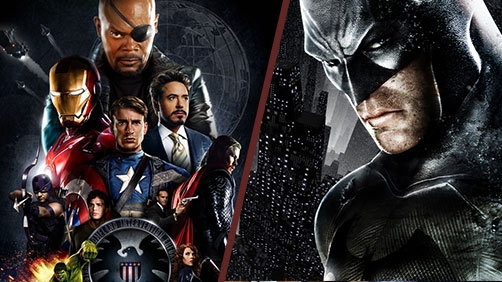 It’s worth adding that Pfister admits that he’s “not a big super hero fan. In terms of the movie-going experience for me, I love the realistic stuff because it’s just that much less formulaic.” That may indeed be so—yet Joss Whedon gets far more nuanced emotion from his characters and situations (and, for that matter, more interesting political allegory) in “The Avengers” than Nolan does in “The Dark Knight Rises,” and, as impressive as some of the on-set tricks of “Inception” were, none evoked the joyful awe of Iron Man’s climactic rocketing through the atmosphere near the end of “The Avengers.” Whedon, who surely is a big superhero fan, is therefore able to take it more seriously—he finds more imaginative exhilaration, feeling, and importance in superhero movies than those who work on them with long tongs.

Right on. You know I really hate that this happened because I like both The Dark Knight trilogy, and The Avengers in almost equal parts. And yet this prideful grandstanding by someone who thinks he’s so superior to his counterpart(s) over doing other great, possibly competing work has really soured me. I make no room for this sort of thing and it really, REALLY, irritates me. I hope Nolan never hires him for another film, but it actually makes me wonder if Nolan really feels the same way.

It would have been so much better if this guy had some class instead and said that he appreciated The Avengers and their differing creative approach to the process. Instead it’s all classless mud flinging and sour grapes. Can I unhear and unsee this non-sense so I can go back to enjoying The Dark Knight trilogy?