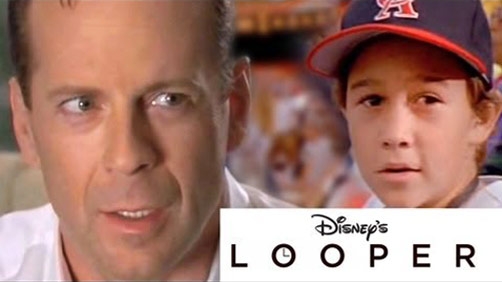 Did you know Looper is a remake? Our friend at Carpe Seizure made sure we did. Truthfully speaking, what if Looper (2012) were based after a sad Disney movie of the 90s? I think we all would still enjoy it.

In case you wonder, this is a young Joseph Gordon-Levitt from Angels in the Outfield (1994) in the following video. Most people don’t remember seeing Joseph before Inception, yet his career started early in life.

Here’s the full details about the Screen Junkies video from YouTube:

Did you know Rian Johnson’s Looper (2012) is actually a remake?? In this installment of SuperCuts — we unearthed the 1994 trailer for Disney’s Looper — starring a much younger Joseph Gordon-Levitt and a younger, hairier Bruce Willis.