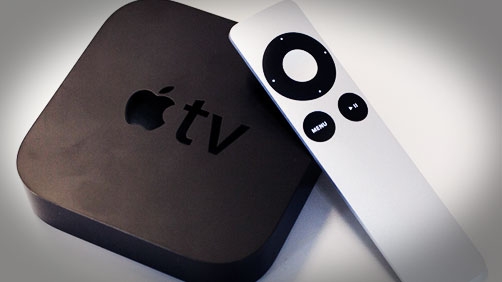 I’m one of those cable cutters; I do not have subscription cable TV. I have a cable line running into my house, but it only provides me with Internet. I use Hulu and Netflix, and I have pretty much ripped all my DVDs or Blu-rays and store them on a Hard Drive on an inexpensive Mac Mini “Media Server”. When I purchase these days, I purchase almost all my movies, TV shows 1 , and music through iTunes. The reasons for this are simple, it’s fairly future proof, I can re-download the media from iTunes in the Cloud anytime I want or need to, which also makes it always available via streaming to my Apple TV 2 , and it’s simple, easy, and nearly instant.

There are some problems. For one thing, some media companies do not participate with iTunes in the Cloud, meaning their films are only available for purchase to download once. No going back and logging in with your iTunes account to download again. If you ever loose that copy you downloaded, tough luck. I do not purchase films that are not available via iTunes in the Cloud. But this points to a larger problem with the way media companies are thinking.

What is the point of only letting me have one shot at downloading the media I purchased? As we continue to march forward in the digital age, the paradigm is necessarily shifting. In the past, our purchases were tied to physical media, VHS tapes which were only good for so many plays through, and more recently, shiny plastic discs which were prone to scratches and skips. But as we march toward an ever more cloud connected, digital download market, that paradigm is completely broken. There is no physical object to tie purchases to.

I tend to purchase a new computer about every four years (because I buy top of the line, brand new on day one and really push and stretch myself, many people get new computers even sooner) so it makes absolutely no sense whatsoever to tie purchases to a specific computer, so that’s out. And it doesn’t make sense to associate purchase with a specific TV or screen because that would break the model in new and even more irritating ways 3 .

That leaves us with two primary modes in which the paradigm can work. The one is a download once, store it somewhere, loose it at your own risk model. This works okay, it’s the older model and worked well for music for many years. More recently this model became employed for digital downloads for Movies and TV Shows by iTunes. The problem, as I and many have discovered, is Movies and TV Shows require approximately a few thousand metric tons of disc storage (scientific calculation of course…). I purchased a 2 terabyte external drive for my purchases and DVD / Blu-ray rips and it is not enough. And I’m a geek, most people don’t and won’t do this. So this model is also pretty broken.

That leaves us with the model iTunes has been pushing toward: iTunes in the Cloud 4 . This is, I think, the right model. And we have actually seen this model a lot on a much smaller scale for many years with smaller companies and products. I have several software products and things of that nature that I can go log in to an account and download at any time on any of my computers 5 . So the model is not new, but it seems the media companies had to be dragged kicking and screaming into this model, and some are not there yet. Why?

I have observed over the course of my media saturated life that studios and media companies in general have become more and more user-hostile and it baffles me. Yes we continue to see an increase in digital piracy, but at the same time we have continued to see inflating revenue, film budgets and more. And we have seen an inordinate amount of time, effort, energy, and money spent on user-hostile actions meant to discourage piracy, but which actually encourage it. What gives?

This is, I think, a failure of the studios and media corporations to realize, to really grasp and get their heads around the fact that a major, fundamental shift is happening in the needs of consumers; their customers. I think in the long run this is going to be very dangerous to them. The old guard is failing to realize the need to keep up with changing business models and they are dooming themselves to obsolescence.

Here’s an interesting tidbit from Germain Lussier of Slash Film:

Upon excitedly opening my 4-disc Avengers Blu-ray, I hopped online to input my digital code, hoping to quickly download the film to my laptop and iPhone. It said I needed to insert the disc. Usually, this would be no problem, but as technology moves away from physical media and hardware gets smaller, Apple and other companies have begun to do away with disc drives. So my three-month-old MacBook Pro doesn’t have one.

Love or hate Apple — they are at the top of the trend of removing disc drives — this is the way things are going. Why on earth, when you have a code from the physical box, would you need to insert the disc in order to download the media? This is not serving the needs of your customers. In fact I cannot think of a need this serves. This is simply stupidity.

Yes I realize that the shift that is taking place is doing so slowly, many many people in this world still think of their media in the old way. They subscribe to cable and make sure they are planted in front of the TV to catch their shows that air at specific times, they go to Target and purchase their DVD or Blu-ray discs and put them on their ever more crowded library shelf. That is still here, and still relevant and will be for some time to come. But that is the old way. History has shown us again and again that you must embrace the new way to stay relevant or you will die. Most of us cable cutting geeks are on the cusp of the new wave, but the rest of the world is not that far behind.