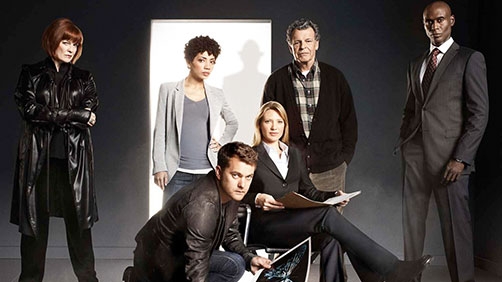 Few television shows have captured and excited my imagination the way that Fringe has. Which is why I have really been looking forward to the premiere of this final season.

This season’s plot line actually began in the 19th episode of season 4 titled Letters of Transit. We were taken completely out of the story line going on in season 4 to get a glimpse of the future. It was kind of brilliant actually. I don’t know much about the politics of running a TV show, but this seems like the sort of thing that can keep your numbers up and get you renewed, or at the very least, as in the case of Fringe, get the powers that be to allow you to wrap up your story line. The thread was thrown out there, and the next week we’re back to the plot of season 4. I loved it. We saw that the Observers were ruling the earth. We also saw that there were a small band of people in an underground resistance movement, fighting against the rule of the Observers. And we finally get a glimpse of who the Observers really are, men from the distant future who have destroyed earth and have come back to live in the past. And we established once and for all that the Observer named September is one of the “good guys” trying to help our heroic team.

Now in Episode 1 of Season 5, we get glimpses of how the observers took over mixed in with our now present day in the year 2036. We discover that Peter couldn’t deal with loosing their little girl Eta. But now they are being gathered back together.

Walter is fully himself again, having had the part of his brain that has been removed for all these years restored, but he is still himself in many ways.

After the recovery of Olivia from amber, the team must recover a device to help Walter unscramble what has been encoded in his brain by September. But Walter is captured by the observers and their attempt to probe his mind and find out what info is in there, what plan is to be set in motion, seemingly erases that info. Thus the episode endeth. Fringe is, as much as anything, about the characters themselves. Yes the sci-fi element is important, and the plots are important, but not as important as the characters and their development. Seeing Olivia reunited with her daughter was touching even though we barely know her. Olivia and Peter now as husband and wife hashing out what happened, loosing their little girl, the Observers coming, working through all of it, this is central.

We cringe as Walter is basically mentally tortured to retrieve the info in his brain. Smiles are had as Walter even still refers to Astrid as “Astro”.

I’m excited for where they will take this show for the final 13 (now 12) episodes. Letters of Transit was one of my favorite episodes and so this season being set in that time period with that framing is awesome to me.

And The first episode has only exceeded and raised my expectations for how the story and the series will be fleshed out.

Episode 2 of season 5 is tomorrow night. I’ll be catching it Saturday via Hulu, and I’m anticipating it greatly.