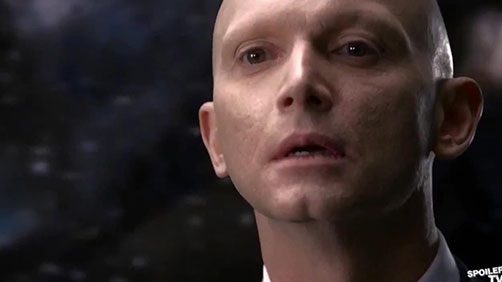 With Fringe being Fringe – that is, a sci-fi drama that has proven over and over again that everything is possible — showrunner J.H. Wyman has at his disposal, entering the final season, any number of super-cool storytelling devices in his toolbox.

Yet what he most wants to play with is the characters’ — and thus viewers’ — emotions, as the Fox series unspools its last13 episodes.

“I realized this is not a season for tricks and multiple universes, new introductions of things,” Wyman tells TVLine. “So I had to do some soul-searching and say, ‘What would I like? What would I want, demand, if I had invested four years in this show?’”

This final, and unfortunately short season of Fringe promises to be a great one. Episode 1 aired this past Friday, allowing me to catch it via Hulu on Saturday, and things are off to a great start.