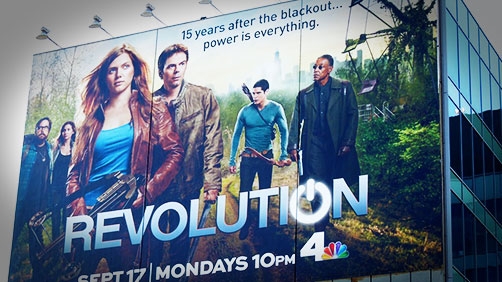 Revolution‘s debut episode ranked as NBC’s best drama launch in adults 18-49 in five years (since the premiere of Bionic Woman in 2007), and it has showed surprising staying power in its two subsequent telecasts. To date, the J.J. Abrams/Eric Kripke thriller has averaged 10 million viewers and a 3.6 in the demo.

Well that’s encouraging. There are some people out there who like good TV. After the cancelation of Eureka and even more irritatingly, Alcatraz, I was beginning to have my doubts about whether anyone cared about good TV.