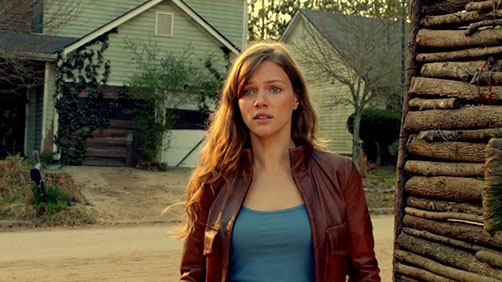 If you already miss Maggie, Kripke is with you. “Anna Lise [Phillips] is a wonderful actress, and I love that character. I sort of have a bad habit in the shows that I run of killing off the people that I love, and Maggie was one of those,” he said.

But to really drive home how perilous and unpredictable the survivors’ reality is, Kripke and his team “very quickly realized the scariest thing we could do was kill the doctor among them,” leaving them helpless, he continued. “It was purely a creative decision about giving the world a real charge of danger. As we move forward in the series, we want the audience to really understand that nobody is safe, including the main characters, and bring that suspense because we think that’s honest to the world we’re trying to create here.”

Kind of like I said. And there’s a lot more in the linked article. If you are a fan of the show and like getting tidbits, click on through. If you don’t like spoilers, better not though.