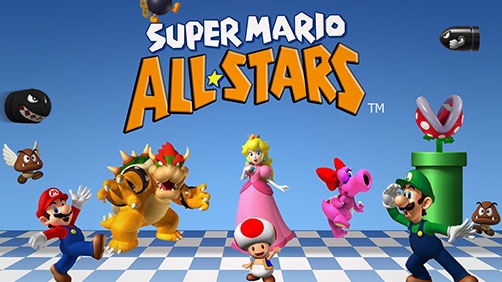 ATG’s very own ‘Art’ shows us how to beat Super Mario Bros. fast.  No mods. No hacks. No cheats. Just pure vanilla Super Mario Bros. completed in less than 9 minutes using warp zones. Played using the “All-Stars” version of the game, which has improved 16-bit graphics and audio.

I know this is not strictly related to movies — I can’t even find an excuse of a relationship. But I wanted to share this because we had a special guest on the podcast which we recorded last night and which we will be releasing a little later today. This is from our friend Stewart Adams, formerly one of the hosts of Movieology along with Joseph, and now doing all kinds of cool game stuff over at All Thumbs Gaming. After we were done recording last night’s episode of The MovieByte Podcast, Stewart shared this video with me and it was a lot of fun. How well I remember this game and have taken this path to victory many times both in the original game, and the version of the game shown here from Super Mario All Stars. Game play is essentially identical to the original with updated sprites and other 16 bit goodness. Enjoy! And look for our first guest on our podcast in a little while.