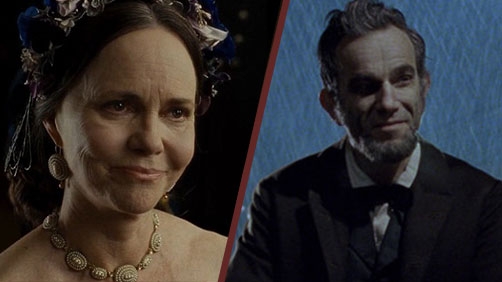 So immersed was Daniel Day-Lewis in the role that he began sending Sally Field (who plays his wife in the film) text messages as if they were from Abraham Lincoln.

“I’d hear that twinkle-twinkle on my phone, and he would have sent me some ridiculous limerick,” Field told Time. “He’d sign it, ‘Yours, A.’ I would text back as Mary, criticizing him for the waste of his time when he might have been pursuing something more productive.”

There’s probably a good reason those two have 4 Oscars between them. It may sound silly to us, but staying in character is what enables them to do a good job with their roles. Kind of a fun tidbit.