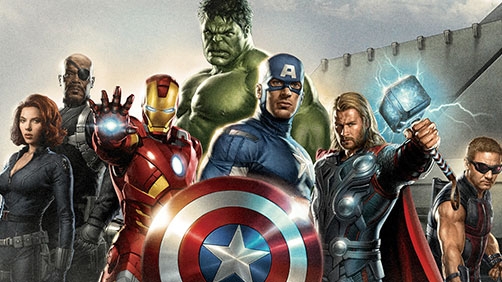 While “The Avengers” posed many visual efffects challenges, one of the larger challenges was pulling together the “tie-in” shot during the third act of the film. Rather than frames, this single shot is measured in minutes on screen and is one of the longest effects shots in the film. It incorporates both practical special effects and extensive digital visual effects by ILM. The New York City environment that serves as the setting for this shot (and virtaully the entire alien invasion) is computer generated by the visual effects team at ILM.