Carrie Underwood as Maria in ‘Sound of Music’ 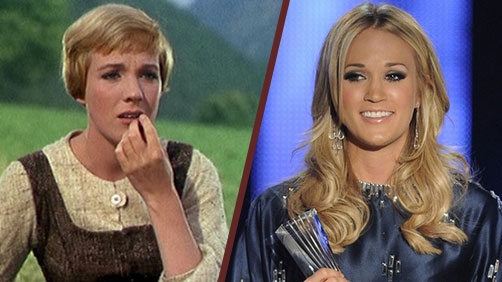 If you’ve been wondering how Carrie Underwood looks in a nun’s habit, you’ll find out soon enough: The “American Idol” winner, five-time Grammy winner and country superstar has been cast as Maria von Trapp in NBC’s upcoming live broadcast of “The Sound of Music,” the network announced Friday.

“Speaking for everyone at NBC, we couldn’t be happier to have the gifted Carrie Underwood take up the mantle of the great Maria von Trapp,” said NBC Entertainment Chairman Bob Greenblatt in a news release. “She was an iconic woman who will now be played by an iconic artist.”

Hmm. I’m not sure I like this idea at all.