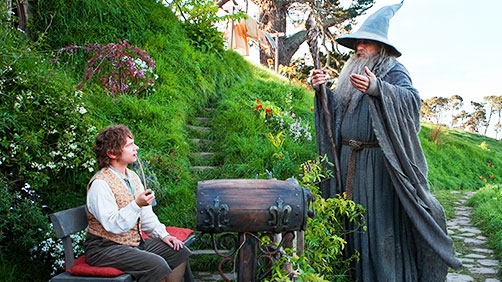 Thanks to the $13 million “The Hobbit: An Unexpected Journey” made in its midnight release last evening, Box Office Mojo is reporting that the film is well on its way to breaking the mark currently held by “I Am Legend.” By comparison, “I Am Legend” brought in $77.2 million in its opening weekend back in 2007, only $1.7 million of which came from its midnight release.

This report is, of course, from opening night a couple days ago. Box Office Mojo shows that opening weekend was $84,775,000. So it looks like it did indeed break that record. As of right now, the world wide total for The Hobbit: An Unexpected Journey is $222,975,000.