‘Into Darkness’ as Contemporary Kahn Story 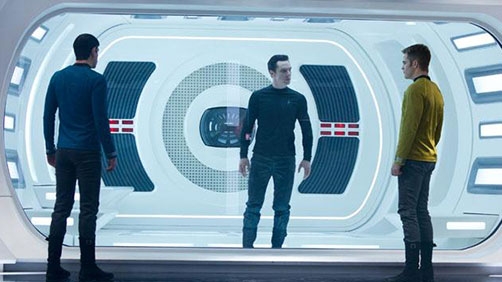 Aside from the broad strokes (i.e. lots of ‘splosions) we still don’t really know what’s going to happen in Into Darkness. It might be Wrath of Khan? It might be a sequel to “Where No Man Has Gone Before” or a prequel to “Space Seed”? We don’t know.

Except… I think we do.

First off, Into Darkness is not going to be Wrath of Khan, but it’s going to borrow heavily from the conflicts and themes that inform it. The crew of the Enterprise is going to find itself up against an embodiment of genetic perfection as played by Benedict Cumberbatch. We see him smack enough people around in the trailers to know that he’s strong, fast, and able to best others in one-to-one fights. (And geez… those cheekbones…)

Lots of interesting theories in this article, and I’m not sure how much I agree with them.